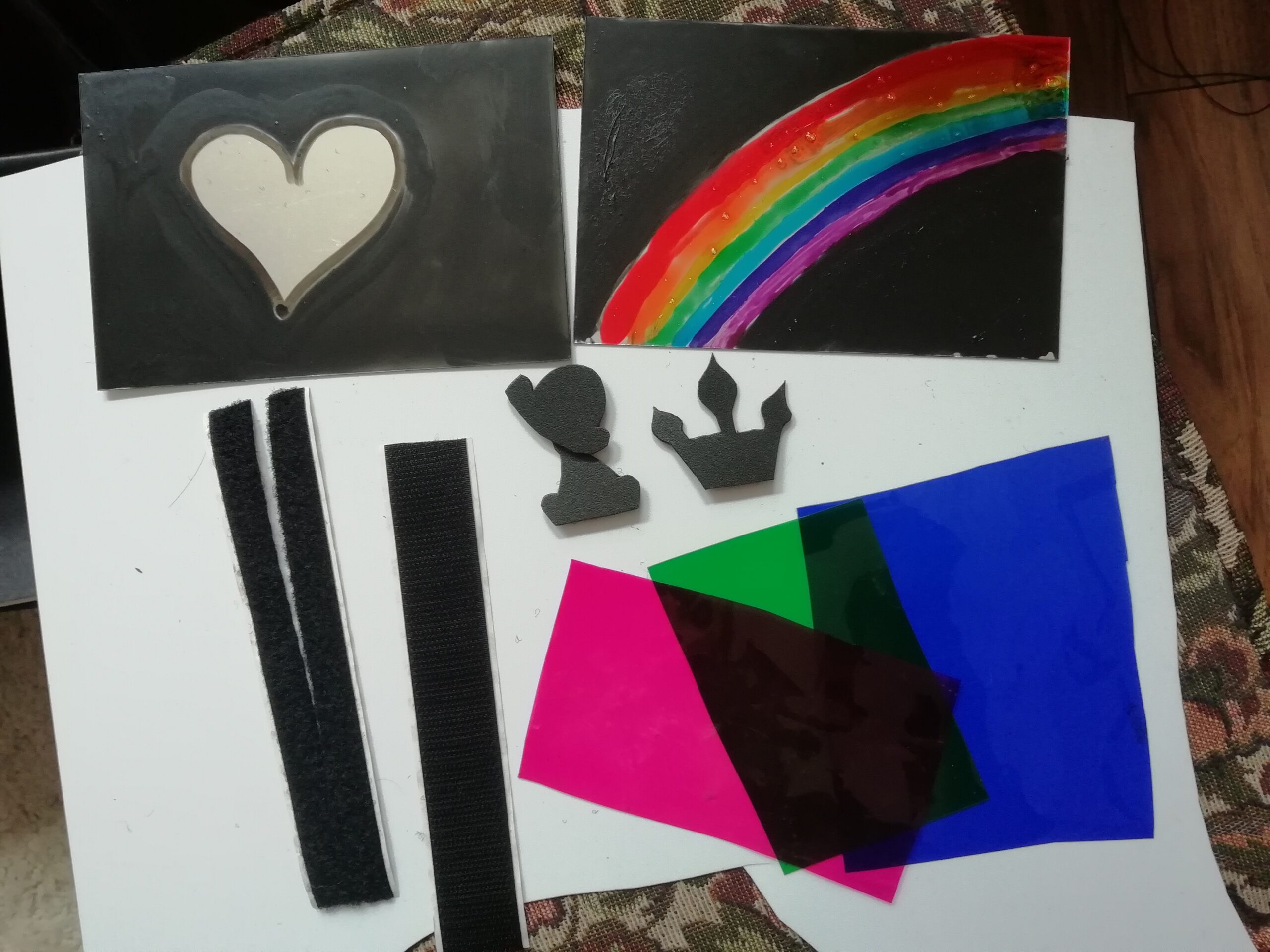 Having tried out a pilot of shadow theatre kits in care homes and sheltered housing units during the online 2020 Beverley Puppet Festival, this year we have partnered up three local primary schools with four residential homes in Beverley for this very special shadow puppetry project. 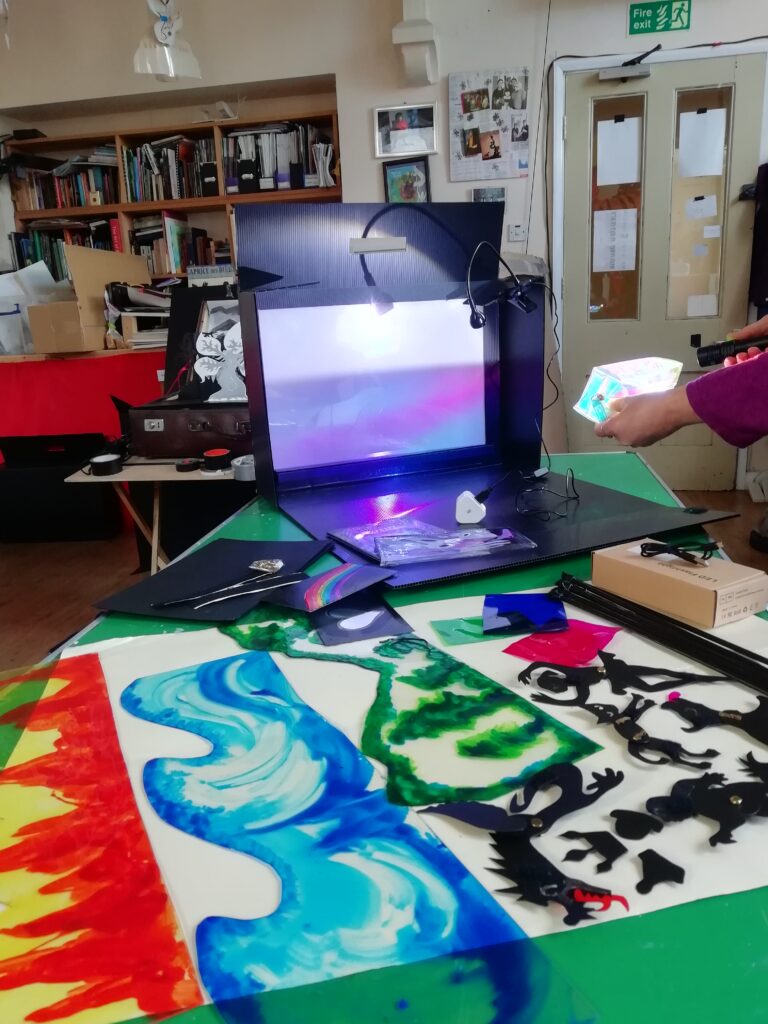 This year we have teamed up with Beverley Minster to share their sanctuary stories, which tell of medieval fugitives who sought sanctuary in the town. The Minster commissioned six short films, which our participants will be watching to spark both their own and remote discussions with their partnered participants, leading to the exchange of ideas and creation of their own stories through the shadow theatre kits.

The kits have been a while in the making. This time the box theatres are created from Correx sheets, but with polycarbonate screens as before.

The puppets are made from non-brittle and more easily sanitisable polypropylene – after designs by Susanna Samanek – of an old man and woman, a dog, cat, dragon and ballerina. This time we also have interchangeable hats and the dragon’s wing can be borrowed by the other characters too, should they need to fly off somewhere! 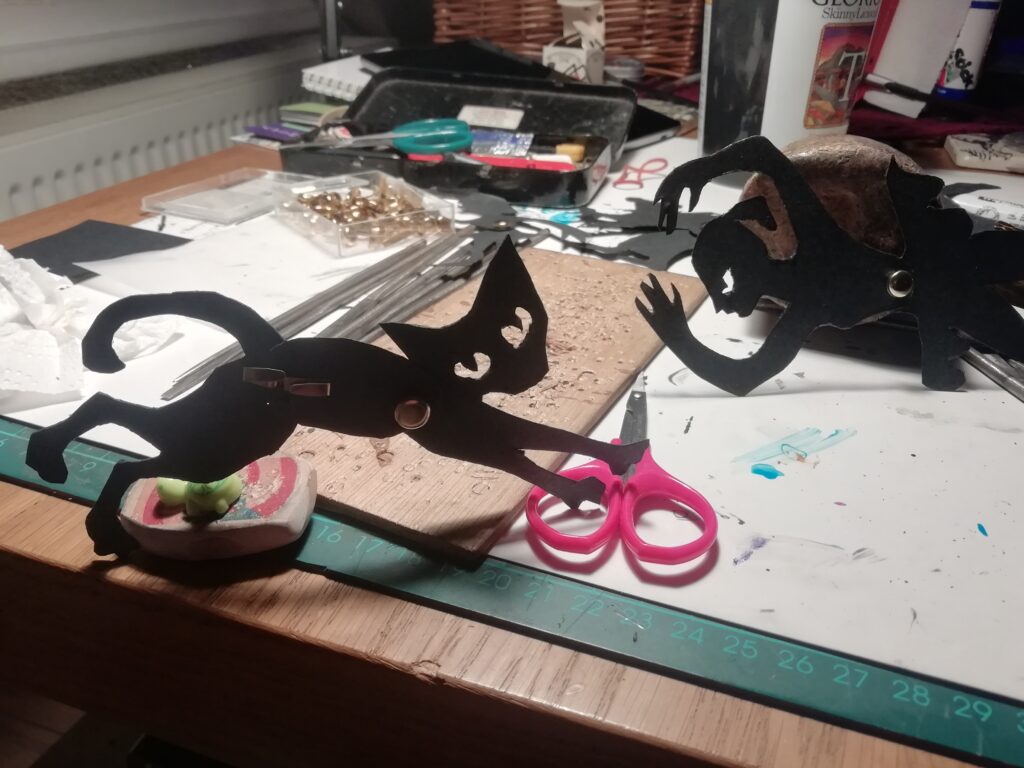 The puppets in the kit are just examples to inspire participants to have a bit of fun and where possible make their own characters. The interior cuts (mainly the eyes) were cut using Javanese leather chisels for shadow puppets – but our participants will be making easier versions out of cardboard.

Other ingredients of the kit are a reflective mirror board heart and a rainbow, a “magic” pencil case which can be used for amazing lighting effects with the clip lamp or torch, some coloured gels to change the colour of the light/s, some translucent and colourful painted scenery on polycarbonate (of fire, forest and water) and sticks with Velcro to operate the puppets.

We are hoping that people’s creations will also go outside the box – literally – and land on walls and ceilings too with dramatic effect! 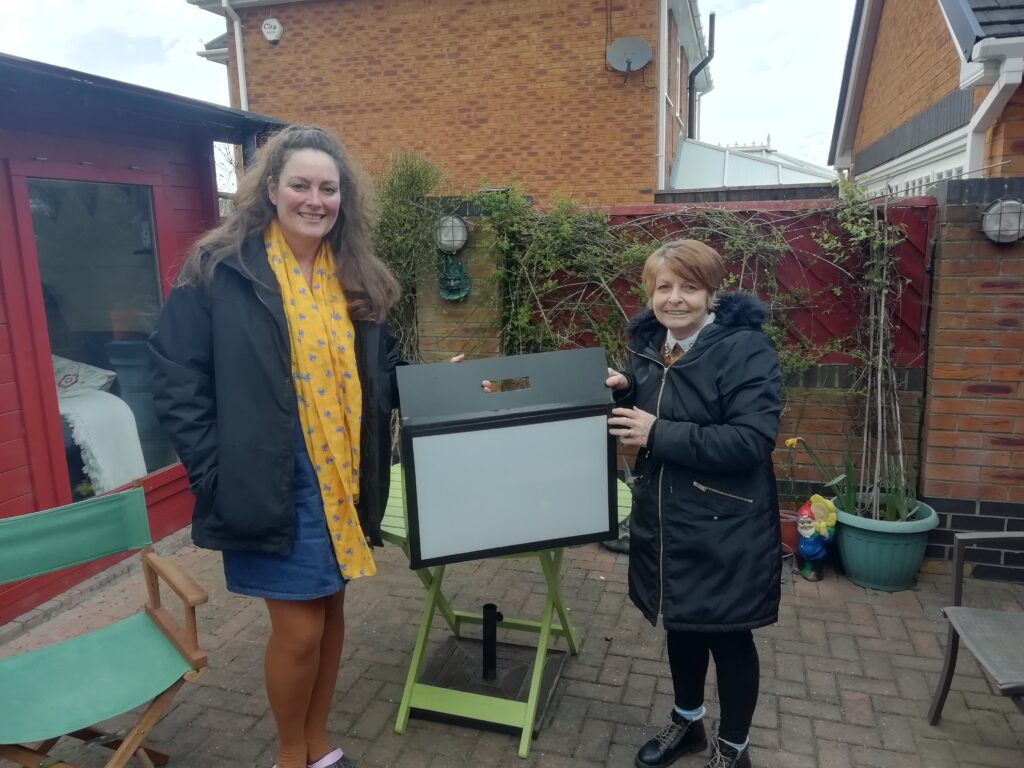